One more day… (but it’s great) 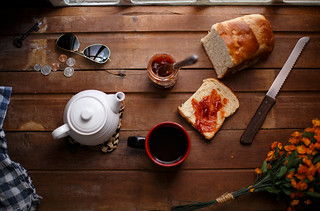 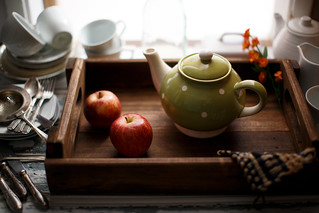 This is a work based on research of the Master of the Dutch Golden Age, especially Willem Heda Claeszoon. http://en.wikipedia.org/wiki/Willem_Claeszoon_Heda

Are typically Dutch still life, with very few items ordered simply: remains of a cake , a glass of half empty wine, half-peeled fruit , jars , tin nutshell . There are usually full of food, ample tables, but rather present remains of frugal meals that invite reflection on the transience of human pleasures. Still, presents images with appetizing delicacies like oysters on rich dishes , and rarely without his slice of lemon, bread, sparkling , olives and pastries. Even the most mundane meals are lovely , with sliced ham, bread , nuts and beer.
They are limpid scenes tend to monochrome in sober tones as golden yellow , brown , green , gray and silvery white. In Dutch painting of his time differed between ” Ontbijte ” ( breakfast table ) and ” banketje ” ( the snack table ) researchers talk , referring to his work, ” monochromatic banketjes ” (” monochrome Food ” ) .

Unfortunately I do not have a table and space as beautiful as the photos above … So let’s improvise something with which we have a Canon 600EX flash, a diffuser and some cardboards … hehehehe!